All the sorts of festive fashion changes that Labor Day usually signals seem sort of meaningless this year, don’t they? Who cares about a nice new sweater, or a fancy double-faced cashmere coat? In the absence of such clear-cut trends is a material poised to dominate the fall: leather.

Last year, the leather blazer, popularized by a perfect Supreme specimen and the general greaseball charisma of Adam Sandler in Uncut Gems, was the season’s could-you-or-can’t-you menswear item. In the winter, leather pants, too, became a menswear cult item. (We are far enough removed from that episode of Friends, one supposes.)

A new chapter of the leather revolution began this summer, when the British-Nigerian designer Mowalola Ogunlesi was tapped by Kanye West to lead the design team for his Gap collaboration. Those in the know were already hip to her eponymous line, which includes some of the best leather pants on the market and a hot pink leather trench coat printed with monsters from her spring 2020 collection. That show also included a number of leather suits and halter tops in jolting colors; it was slick, rich, and sort of sacrilegious. (“So this is as if I’m in a Black Woodstock festival,” Ogunlesi said at her show, “and someone has been murdered.”)

Empty though your fall calendar may be this year, it is in fact studded with leathery events. First is the debut of Alyx cofounder Matthew Williams as the new designer at Givenchy during Paris Fashion Week in October, where he will undoubtedly bring his ability to craft the perfect leather jacket to the house’s bourgeois lady atelier. In December comes Dune, the sci-fi epic featuring industrial leather poet costumes and starring Timothée Chalamet, who is certainly not a leather daddy, but is indeed a father of the leather movement. For truer leather daddies, there is Berlin-based GmBH representing with beefy trenches and vinyl trousers, and for Rick Owens heads, the Dune look is already familiar—the apotheosis of expensive cowhides that protect and preen in equal measure. 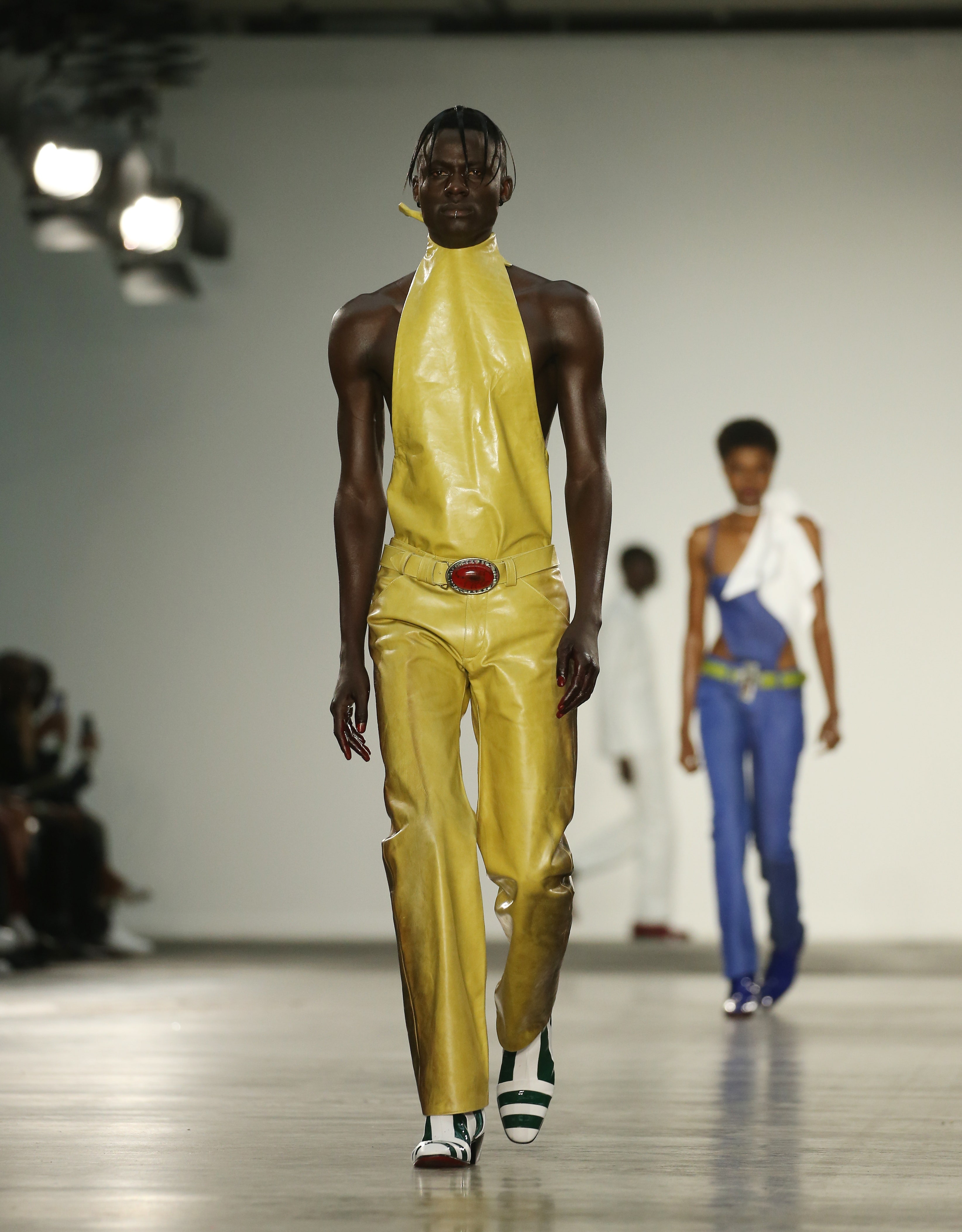