Why is the fashion world still so fixated on Jean-Michel Basquiat? How does an artist, 30-some years after his death, continue to be such a constant collaborator? In part, it is the fact that his estate has long been partnered with the licensing agent Artestar, thereby ensuring that his signature and imagery would appear on Off-White T-shirts, New Era caps, and even Peloton uniforms for years to come.

But Basquiat also had a certain way of moving and was a great beauty, which made him the perfect runway model for, say, the spring 1987 Comme des Garçons show. He also combined his passion with a cool remove, posing for the New York Times Magazine in 1985 wearing a paint-streaked Armani power suit, barefoot. It’s the kind of impertinent dance with consumer culture that artists today are usually too self-righteous to undertake.

Most recently, Basquiat’s work appears in the fall 2020 collection of Coach, which today debuts its collection of bags, T-shirts, and sweatshirts printed with the artist’s imagery, like the crown and dinosaur. The campaign was shot by Micaiah Carter and features Michael B. Jordan, Jennifer Lopez, Paloma Elsesser, Jon Batiste, and Basquiat’s niece Jessica Kelly, to name a few. In addition to the images, Coach will release a number of videos on social media in which subjects meditate on subjects like the family and art.

Basquiat, Carter says, “was a springboard for people to open up conversations that I think people weren’t having as often. And it resonated with the people that we shot, who are all people in the community who are all advocating for equal rights, not just for people of color but for all types of people.” 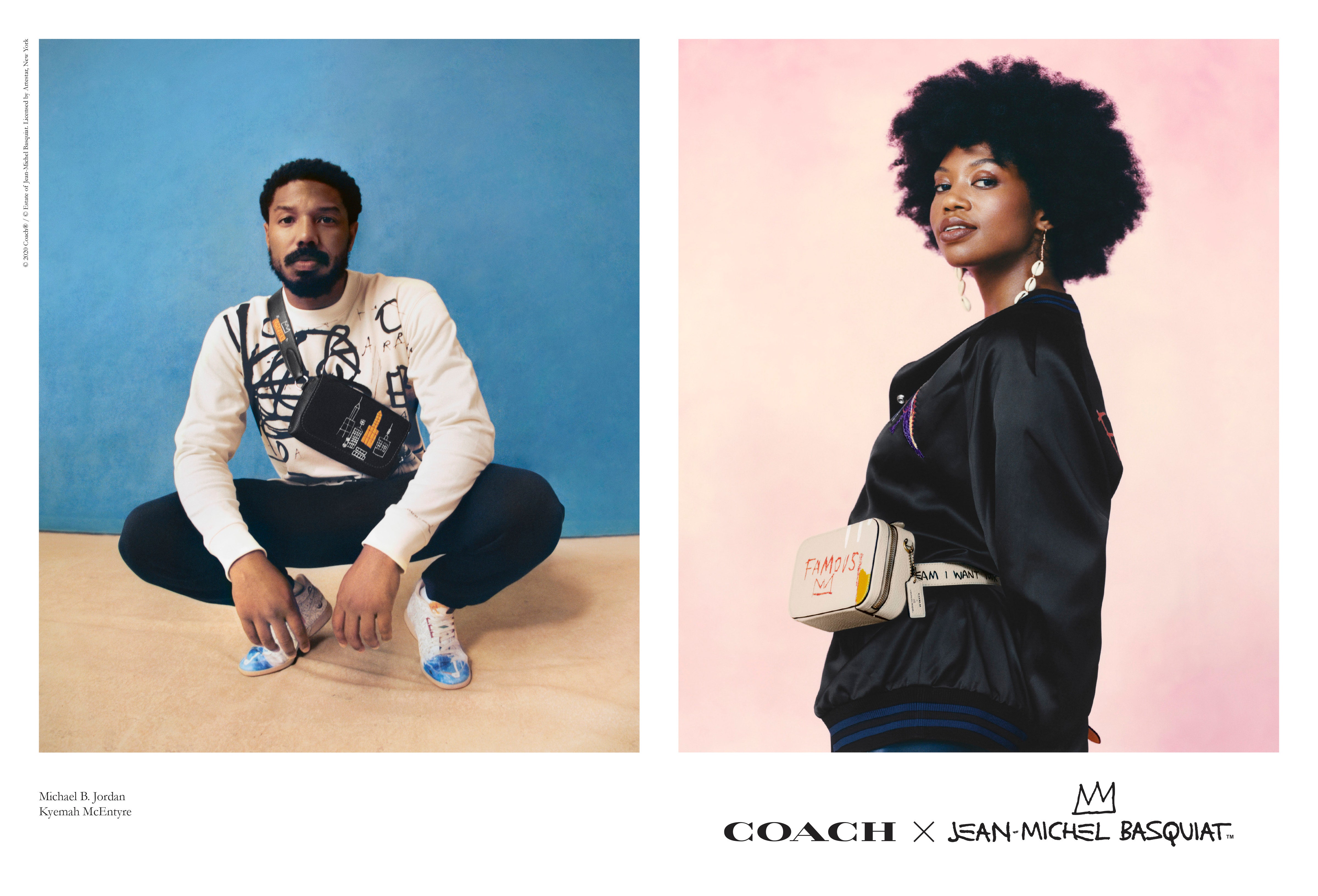