Mercedes-Benz just now unveiled its all-new 2021 S-Class sedan, the manufacturer’s ode to executive comforts. In its 48-year run, the super sedan has served as both a showcase for Teutonic engineering and, seemingly, a direct pipeline to advanced alien technology. That’s because, for decades now, the gadgetry built into a new edition of the range-topping Benz is often years ahead of the rest of the industry. When the 2021 S-Class arrives at dealerships in the first half of next year—available in two versions: the 429-horsepower S500 and the 496-horsepower S580—buyers will be spending more than $100,000 not so much on a car, but a rolling R&D department.

Some of the S-Class’ tech will filter down, first to Mercedes’ own vehicles, then beyond. Some of it will be forgotten, like half the things in a Sharper Image catalog—itself a reference (catalogs; Sharper Image) that is also forgotten. Often that oddball stuff is the most fun.

For instance, there’s a tiny camera that tracks the driver’s face to determine if you’re tired and need a break. There’s a techno-chiropractor that automatically determines the proper position for the driver’s seat. And an OLED screen the size of my bed floating in the center of the dashboard—one of five potential screens in the vehicle, including the three-dimensional display where the gauges would ordinarily reside. Imagine, if you will, feeling like you can reach out and touch that half-tank of gas.

But what I’ve just mentioned aren’t even the most wantonly astounding bits of gadgetry in the new 2021 S-Class. These are:

The Windshield Is Alive

It’s like Top Gun, but if Maverick were trying to find parking outside the restaurant,

Head-up displays (HUDs) were originally invented for fighter jets, projecting information onto the cockpit glass in a pilot’s line of vision to limit the need for distractions when flying near Mach 1. But you’ve been able to buy a car with a HUD projection on the windshield for decades now…so Mercedes went full five-blades and added augmented reality to the system on the 2021 S-Class. Drivers will see green lines hovering under the bumper of a car in front as a sign that they’re too close, dancing GPS arrows that superimpose themselves over approaching streets and intersections to show precisely where to turn, and a checkered flag that spins in front of the final destination. If only every New York City taxi was a new S-Class.

Welcome to the Light Show

From literal constellations built into Rolls Royce headliners down to Kia Souls with customizable colors, you can find plenty of vehicles that get creative with interior lighting. Case in point: the last S-Class offered 64 different color options for ambient lighting—driven in no small part by the belief, in the important Chinese market, that light color influences mood. This time around, the lights are smart. Ambient lights in the 2021 S-Class’s doors flash red if sensors detect a pedestrian or biker approaching when the door is going to be opened. Lights in the dash glow red or blue when the climate control is adjusted up or down, respectively. And tiny ambient lights in the seatbelt buckles light up to help occupants click in properly. Mood: safety first.

A Sound System that Will Literally Shake Your Ass

Not unlike that first drunken birthday Zoom you “attended,” the 2021 Mercedes-Benz S-Class has 30 speakers (all wired to a 1,750-watt Burmeister audio system). Where did the company hide 30 speakers in a single car? Everywhere. There are speakers in the headrests—augmenting the music, sure, but also whispering turn-by-turn instructions to the driver so they don’t interrupt the music for everyone else. The sound can be optimized for specific seats, like the right rear throne where a chauffeur-driven passenger might sit. Speaking of seats: the four chairs feature resonators that provide a “sound massage” through the occupants’ asses, intended to add depth and richness to the audio experience. Mercedes-Benz refers to this as “four-dimensional aural immersion.” It would not confirm that the system was tuned by listening to “WAP” however.

The original SUV is back, and ready to tear up some dirt. 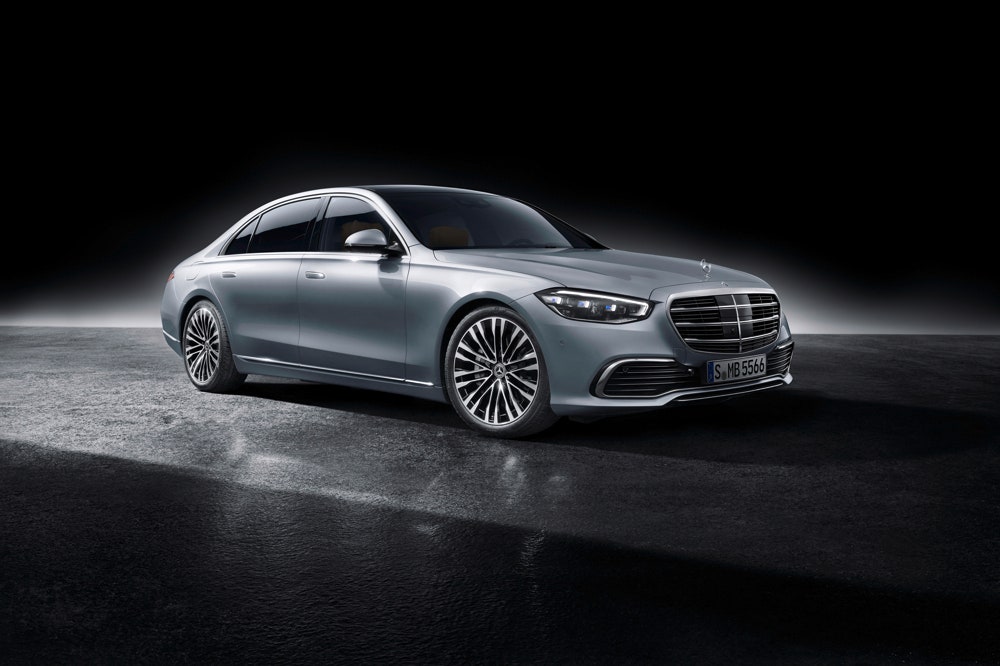