Sunday night was MTV’s Video Music Awards, usually a must-watch for those who think red carpets should have more of an Alice in Wonderland (in Chains!) tea party vibe. But this year was destined to be different, because it was also the first red carpet of the quarantine era, held outside and without an audience. Celebrity fits have been scarce lately, so the vision of Machine Gun Kelly in an electric pink Berluti suit and Nicole Richie swagged in highlighter green taffeta was in some sense a balm, as were Maluma in a plugged-in-green Balmain kit with Kool-Aid-colored hair, and Keke Palmer in a lemon-yellow batwing playsuit. Lady Gaga filled out the rest of the technicolor color wheel in Iris van Herpen. To her credit, her album is called Chromatica.) After a dearth of major celebrity fashion moments and summer tours with turbo wardrobes, famous musicians are finally wearing their favorite neutral—look-at-me neon—once again. Nature is healing!

It was a relief, but it was also something of a disappointment. Undoubtedly, it’s a struggle to style a celebrity in a pandemic—the endless fittings, special collaborations, and constant travel that make big splashy looks happen become even more impossible—so it was unsurprising that musicians and their consigliere stylists fell back on an old standby. Neon has been a red carpet standard for almost a decade now, since Raf Simons’s Spring 2011 Jil Sander collection made screaming green and WOW-pink into soothing, ceremonial tones.

Back then, fast fashion brands breathed rave culture fumes into Coachella-ready fits for premium selfie culture, and that became the norm for several years of VMA and Grammy red carpets. So on Sunday night it just looked stale, especially after Melania Trump’s neon dress at last week’s Republican National Convention besmirched the tone. (Rather than appear somehow nonpartisan, as political spouses often attempt to do when transcending the red-blue dialectic, it screamed, “LOOK AT ME, LOOKING BETTER THAN EVER, WHICH IS TO SAY IVANKA.”) More Balenciaga would have helped: Over the past few collections, the house has taken neon in a cool new direction, turning extremely online tones into something so vivid it’s almost decadent—the luxury hacker’s version of vantablack. But, despite its status as a hip-hop world favorite, Balenciaga’s hardcore magenta blouses and slimy green soccer uniforms didn’t make an appearance.

The VMAs are perhaps our foremost platform for nostalgia porn. The hypnotic blend of outrageous fashion and ersatz red carpet interviews that defined the ’90s and 2000s VMAs have been formative for the millennials who remember it and and the zoomers who do not, but for whom every photo and reference ever is available. For anyone under 40, the vision of Madonna in a blue satin Tom Ford-era Gucci blouse is as transfixing as that of Lil Kim in a sparkly nipple pastie, and in recent years, that has lent the awards show a costume party element as young attendees attempt to channel the icons of their (youthier) youth. 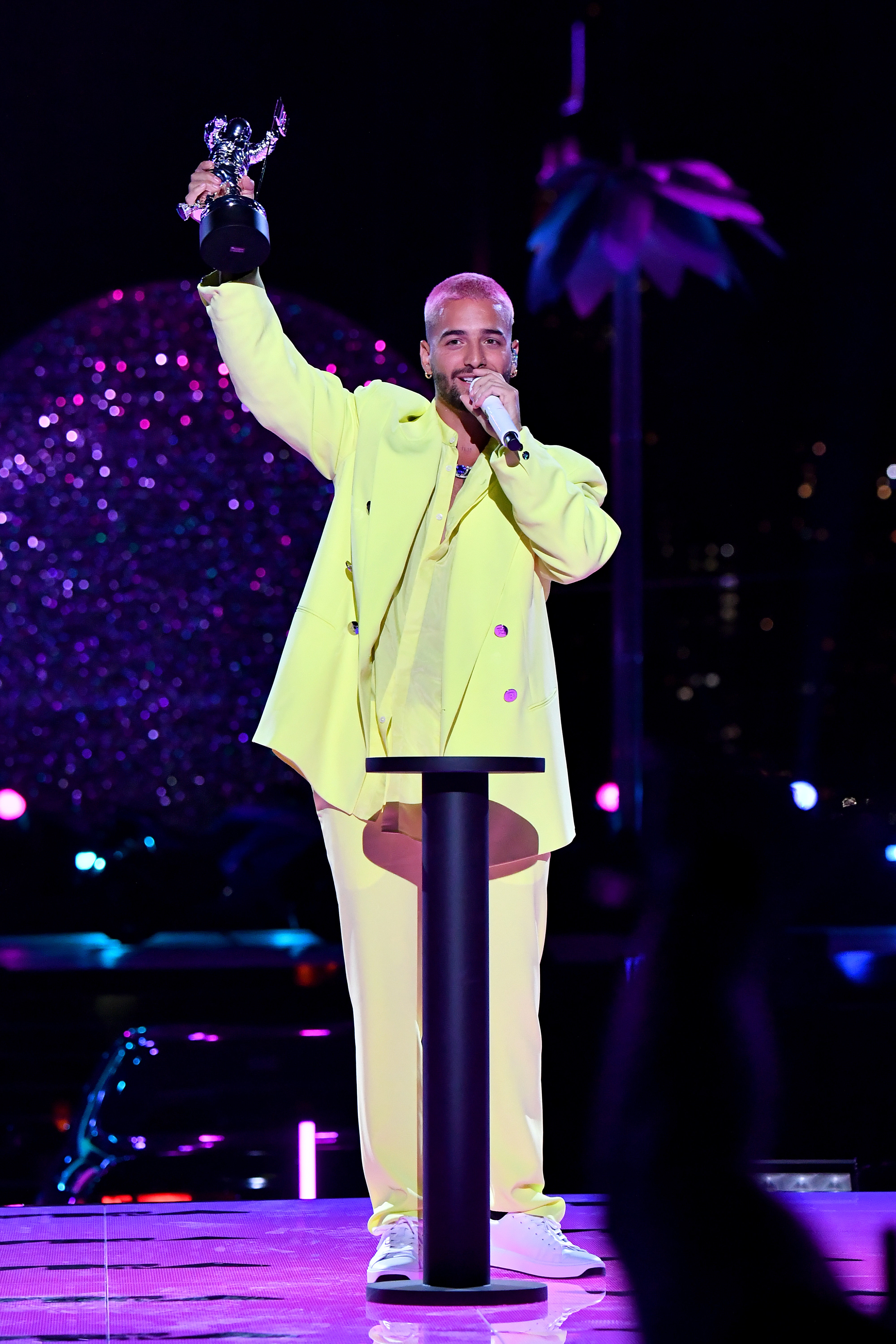