During Mad Men’s heyday, Jon Hamm’s Don Draper was the man your man wanted to dress like: the generic-but-expertly-tailored suits, the skinny ties, the pocket squares, the tie bars. The show’s run from 2007 to 2015 was a boom time for your local haberdashery and perfectly coincided with the boys-have-swag-men-have-class era. Draper’s watches, too, were the focus of fan attention. Mad Men even collaborated with Jaeger-LeCoultre, the brand Draper wore during the front half of the series, so burgeoning Sterling Cooper Draper Pryce employees could dress like their favorite tortured ad exec. While Draper wore a Rolex Explorer and Omega DeVille over the course of Mad Men, the watch that best represented him was a JLC Reverso. As we all stream and sit with our favorite TV shows more than ever, there’s never been a better time to do a deep reading of character’s watches. Because, when you really want to immerse yourself in a fictional world, you start looking at timepieces, which often play subtle but pivotal roles and are carefully considered by costume designers. Don Draper’s watch, for instance, represented the salary bump he received after being made partner at Sterling Cooper and maybe his two-sided identity. Walter White, Breaking Bad’s scientist-turned-meth-dealer, received his as a gift from partner-in-crime Jesse Pinkman, the evolution from calculator watch to high-priced luxury piece neatly paralleling White’s evolution to kingpin. Since people are turning back to their favorite shows like comfort food, here are the timepieces that might provide a new perspective for your next streaming marathon.

“Jon Hamm’s watch was something that Matt [Weiner, Mad Men’s showrunner] wasn’t that crazy about, and it had been established quite a bit in Season 1,” Gay Perello, the series’s prop master said in 2008. That first watch? A Jaeger-LeCoultre Memovox, which is JLC’s starter timepiece. What made the Reverso a great fit for both Jon Hamm and the newly-promoted Draper is the same thing that’s made it a classic for decades: the watch’s flippable case. At first Hamm protested: “’I’m kind of a round watch face guy,’” he said, according to Perello. “And I said, ‘Well, we talked about that, but let’s look at this cool little feature that you can play with.’ Then he said, ‘Yeah, yeah, yeah, this will work,’ and he started to really like it.”

There’s also some incredible symbolism going on with Draper’s Reverso. The watch’s flippable dial was designed so that one side flashes a durable steel shell while the other displays the time. Like Draper—who stole another man’s identity and tries desperately to conceal his true self—it has two sides to it: one is hardened and totally anonymized to protect and conceal the other. Even more to this point: Draper’s wife Betty eventually goes to get the watch inscribed, getting Don’s initials on that hardy, anonymous backside. Surely, showrunner Matt Weiner, a famous stickler for details, did none of this by coincidence.

As White transforms from mild-mannered high school teacher to Alberqueque’s favorite dealer of neon-blue meth, he takes on a completely different persona. This alter-ego, known as Heisenberg, starts wearing a pork pie hat, and swaps a beat-up Pontiac for a big-ass Chrysler. He also gets a new watch from partner-in-crime Jesse Pinkman on his birthday. The gift: a Tag Heuer Monaco, one of history’s funkiest racing watches. The radical square piece was most famously worn by Steve McQueen in the movie Le Mans. For White, it takes on a much more macabre meaning. After While fully embraces the lifestyle and accessories of a drug kingpin, the episode ends with a close-up of the piece ticking on his bedside table. It’s a portentous symbol that White’s transformation starts the clock on his life.

Almost every time you see Tony on screen in The Sopranos, he’s wearing this gold Rolex Day-Date. He occasionally appeared in a Rolex Submariner, and gave a Patek Philippe as a gift, but for the most part Tony stuck with the watch befitting his mob boss stature. On its site, Rolex boasts, “The Rolex Day-Date has been worn by more presidents, leaders and visionaries than any other watch.” Now, Rolex might not describe the head of the DiMeo crime family as a president, leader, or visionary…but we would..

Seinfeld famously draws from the actual life of Jerry Seinfeld: he’s a comedian, cynic, and a devout fan of Breitling watches. Natureally, TV Seinfeld hardly wears anything else. During his sitcom run in the ‘90s, Seinfeld wore two Breitlings: a Navitimer and this Chronomat. Not much has changed over the decades. On Comedians in Cars Getting Coffee, Seinfeld’s worn different versions of Navitimers and Chronomats, as well as a Professional Aerospace with two digital displays. Although Seinfeld is a famous car nut, the watches he collects are aviation-minded. The Chronomat, introduced all the way back in 1942, was the first watch to feature a chronograph and a circular slide rule, essentially a tool to help pilots make calculations during flight. Maybe that one helped Jerry … land some jokes. [Audience erupts in laughter.]

On the wall of Michael Scott’s office is a framed certificate that describes him as “the proud owner of a Quality Seyko timepiece.” Clearly, Scott went looking for a Seiko on Canal Street, perhaps after a slice at New York’s famous Times Square Sbarros. Despite the certificate, the watch Scott most regularly wore was a Timex Perpetual Calendar. The watch is typically Timex affordable, but unlike other Casios or digital-display Timex pieces, it mimics the sleek looks of a dress watch. It’s really the perfect watch for a middle-management figure like Scott, who gets jazzed by a company lease Sebring. This watch was eventually auctioned off by NBC in 2007.

The West Wing continues to draw viewers today because of its ability to serve up a fantasyland depiction of governing where policy can be hashed out in walk-and-talks and political rivals are persuaded by passionate monologues. Another goofy detail from the show is deputy White House communications director Sam Seaborn’s Submariner. During this era of politics—the show started during Bill Clinton’s second term and mostly ran while George Bush was in office—not even the president would wear a watch that fancy. Clinton and Bush both wore different, cheap Timex models. And in the ‘60s, when presidents would wear luxury pieces in the Oval, they wore dress watches like the Rolex Day-Date. Seaborn’s is a totally modern choice: a sport Rolex worn as a 24/7 piece and paired with a suit. At least The West Wing got one thing right about what the future would look like. 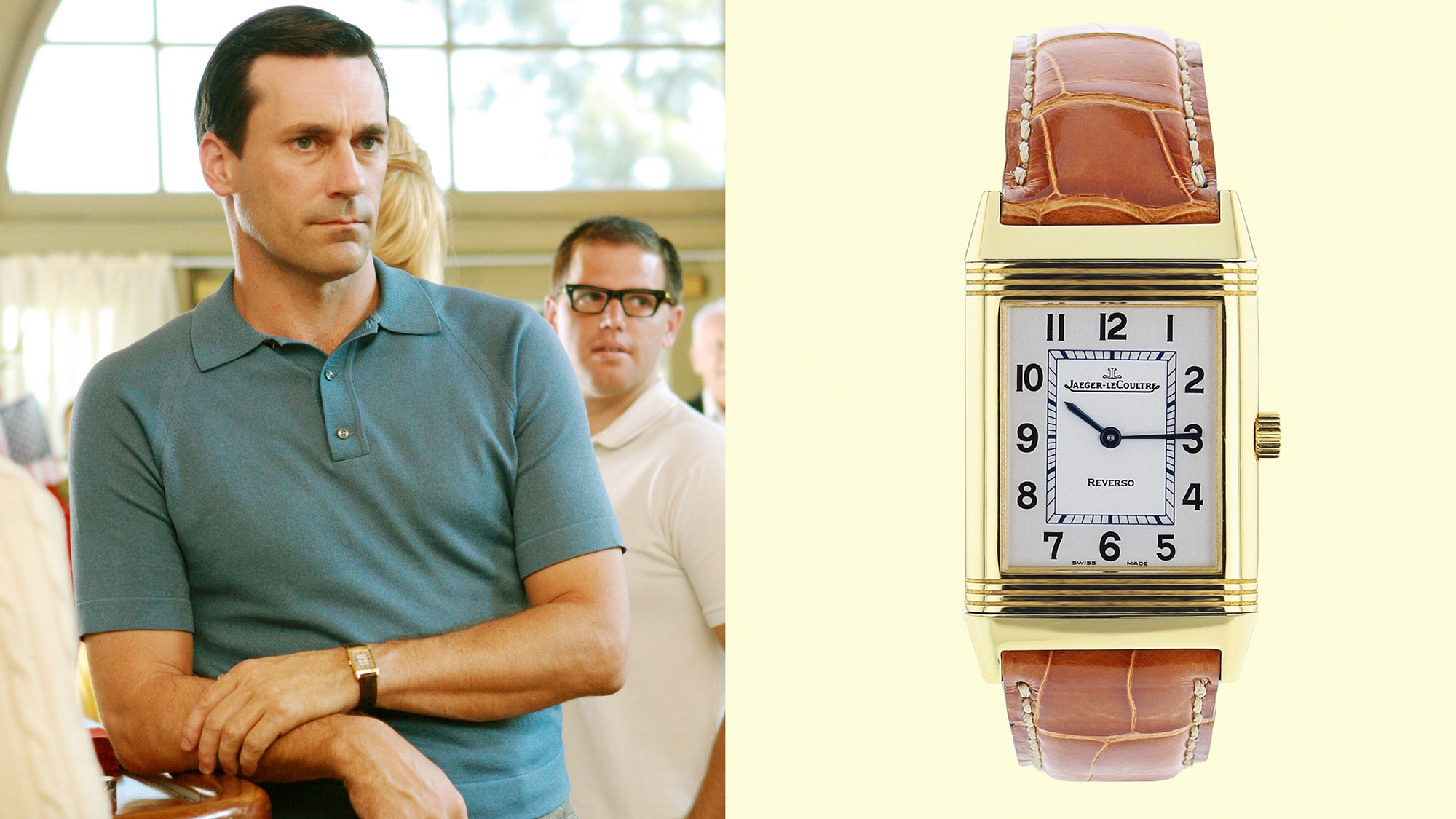