The extensive measures taken by the NBA to create a secure, coronavirus-free bubble in which to conclude its season have been well-documented and, so far, remarkably successful. But the process the league went through to build enough courts to host 22 teams, and make them safe, was in some ways just as complex a challenge. The Disney World ESPN World Wide Sports Complex in Florida, where the playoffs are taking place, already housed seven hardwood floors that could be used for practice, but the NBA needed to build another seven practice courts, two half courts for shooting, and three game floors that are elegonated for social distancing.

First, the NBA had to find enough space within the complex for all these new courts. Even by late June, the league office still hadn’t finished scheming the logistics, and the first teams were scheduled to practice inside the league’s bubble on July 9. “That was, by far and away, one of the biggest infrastructure hurdles we had to overcome,” said Joey Graziano, the NBA’s vice president of event management.

The standard NBA floor is a roughly 120’ x 60’ slab of wood with a 94’ x 50’ court painted on it. Each practice area needed to fit two courts side-by-side inside a 140’ x 140’ space with a minimum 22’ ceiling height. Yet even in massive spaces like the 42,336 square-foot Fantasia Ballroom inside The Contemporary Hotel convention center, the league found sloping ceilings and chandeliers that would make it impossible to fit multiple courts underneath. “That caused a couple nights of heartburn, for sure,” Graziano said.

After considering nearby off-campus locations, the NBA decided to stay within the Disney complex for safety reasons. There was a breakthrough when they figured out they could put the two half-courts alongside a full 50’ x 94’ court, and squeeze a smaller practice area into the Visa Athletic Center along with the third broadcast court. “We were celebrating,” Graziano says.

Blueprint for two half-court shooting practice floors alongside a full court.Courtesy of NBA

Next, Graziano’s team scrambled to find hardwood for them. At one point, the league asked its longtime flooring partner, Horner Sports Flooring, if the company could build floors for as many as 12 courts. It takes three weeks to manufacture an NBA court, with the market price currently sitting between $120,000 and $130,000 including freight cost. Eventually, the NBA opted to “borrow” many of the floors in order to save money and time.

Nearby teams the Miami Heat and Orlando Magic each sent two courts — their home floors plus alternative courts the teams use when wearing their “city” jerseys. The NBA is using the Indiana Pacers’ court while Bankers Life Fieldhouse undergoes renovations, saving the team the cost of storing the panels for the summer. 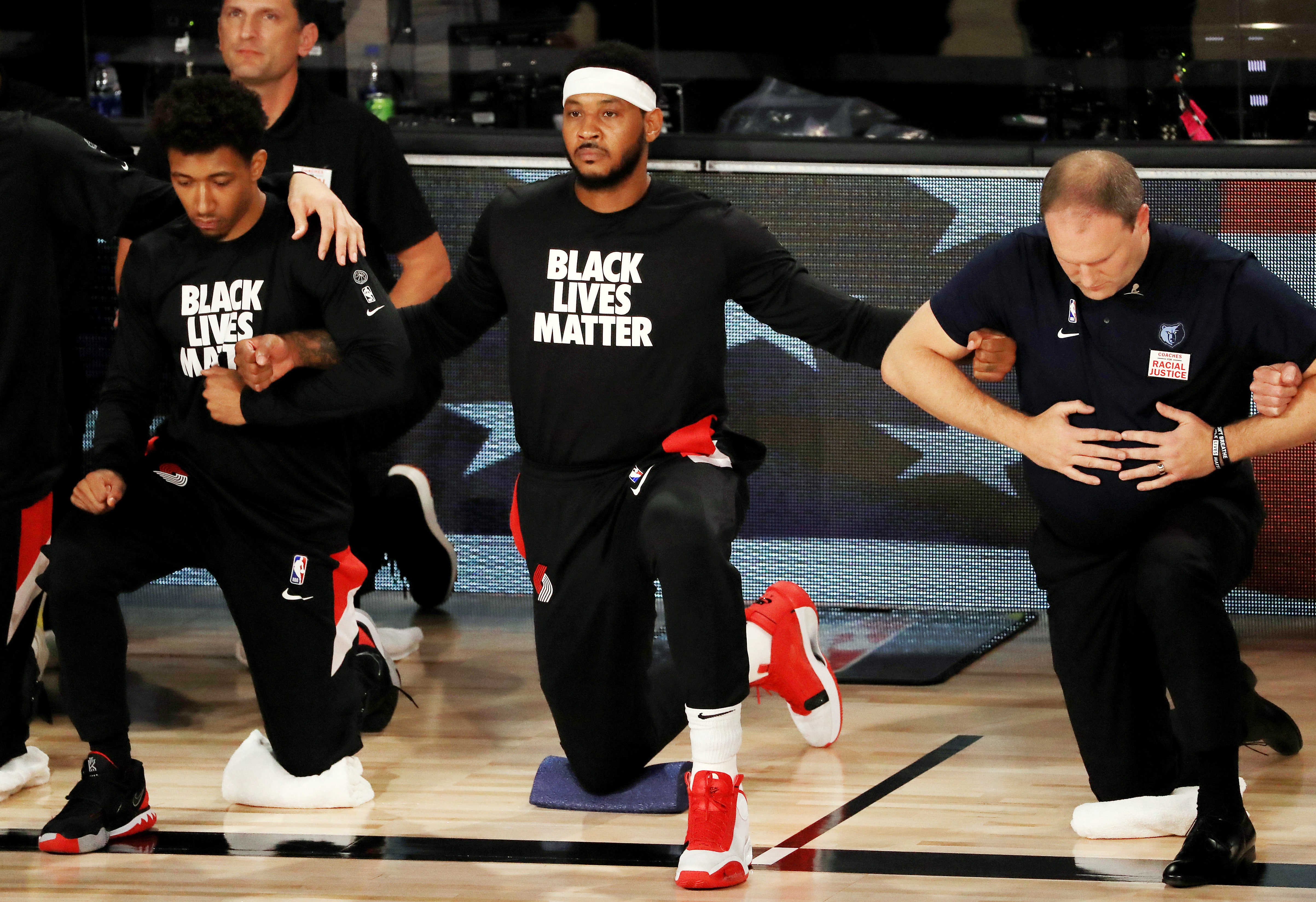