The headline has felt inevitable for a few years now, and yet it hit like a ton of bricks: “J. Crew is preparing for a bankruptcy filing that could come this weekend,” CNBC reported Thursday afternoon. Over the last few years, the once-golden mall brand has slowly deteriorated, from its posterboy status for men suddenly interested in tie bars and American-made clothing to just another mall brand swept up in the retail industry’s fallout. Now, J.Crew is allegedly seeking $400 million to continue operations. (J.Crew declined to comment.)

There is a long line of important people who left the company over the past couple of years: the bespectacled and fashion-forward Jenna Lyons, longtime menswear designer Frank Muytjens, and the brand’s architect Mickey Drexler all exited the brand in 2017 after multiple consecutive quarters of flagging sales. Only several months after replacing Lyons and Muytjens, designer Somsack Sikhounmuong left J.Crew, too. The brand tried on a number of different CEOs in the subsequent years, but none of them ever quite fit.

There’s no use getting overly emotional about a store filing for bankruptcy; the phrase “the end of an era” is so hackneyed at this point it’s basically useless. But…this is an end of an era! J.Crew was without a doubt the most important store a generation of guys: the ones who had only the mall, a well-made Barbour jacket, and a slim suit to stoke their interest in menswear over a decade ago. It’s no exaggeration that the store taught a generation of men how to dress better. At one point, J.Crew was responsible for dressing so many guys that a single gingham shirt could sustain an entire Instagram account.

During Drexler’s time with the company, J.Crew tried to grow with its increasingly menswear-savvy customer: it put on presentations at New York Fashion Week and tried to sell alongside luxury brands on Mr. Porter. Drexler, in an exit interview with the Wall Street Journal, described the approach as such: “We gave a perception of being a higher-priced company than we were—in our catalog, online, and in our general presentation.” Drexler’s belief was that customers came to J.Crew for affordable, everyday clothes, and when J.Crew tried to throttle up the design—and prices along with it—customers balked. In that same interview, Drexler also called the strategy a “very big mistake.”

In the years following Drexler’s exit, J.Crew attempted to right the boat with aggressive price cutting and discounting. The brand tried rolling out a budget-friendly Mercantile line and even dropped the price of its slim Ludlow suit all the way down to $298. This was a bad sign: even the brand’s former golden child wasn’t immune from the drastic measures necessary to keep a company afloat.

Going too high-fashion or not cutting prices enough doesn’t entirely explain away J.Crew’s troubles over the past decade, though. The biggest problem is that J.Crew never figured out how to keep up with the very clientele it helped educate in the first place. Passions in the menswear sphere moved on from heritage-driven brands, sensible shoes, and well-fitting khakis. Over the past year, even as men on the front end of the style curve gravitate back to suits, J.Crew’s reliably slim Ludlow was out of step with the times. Even brands formed by former J.Crew designers like Todd Snyder and Sikhounmuong have carved out their own niches in the world of menswear by getting a little bit more ambitious than they had when at J.Crew. Men today are freer to get dressed than they ever have been; J.Crew is still shooting for a pinhole.

J.Crew is not just a victim of changing trends, but of a coronavirus lockdown that has hit brands and retailers particularly hard. In April, it was reported that Neiman Marcus was also planning on filing for bankruptcy. If anything, the pandemic exacerbated an already ailing brand. Even through the pandemic, though, J.Crew has stuck to its guns. Available on its site today is a three-pack of cloth face masks in the pattern “Banker Blue Hydrangea.” It’d look great with a chambray denim shirt. 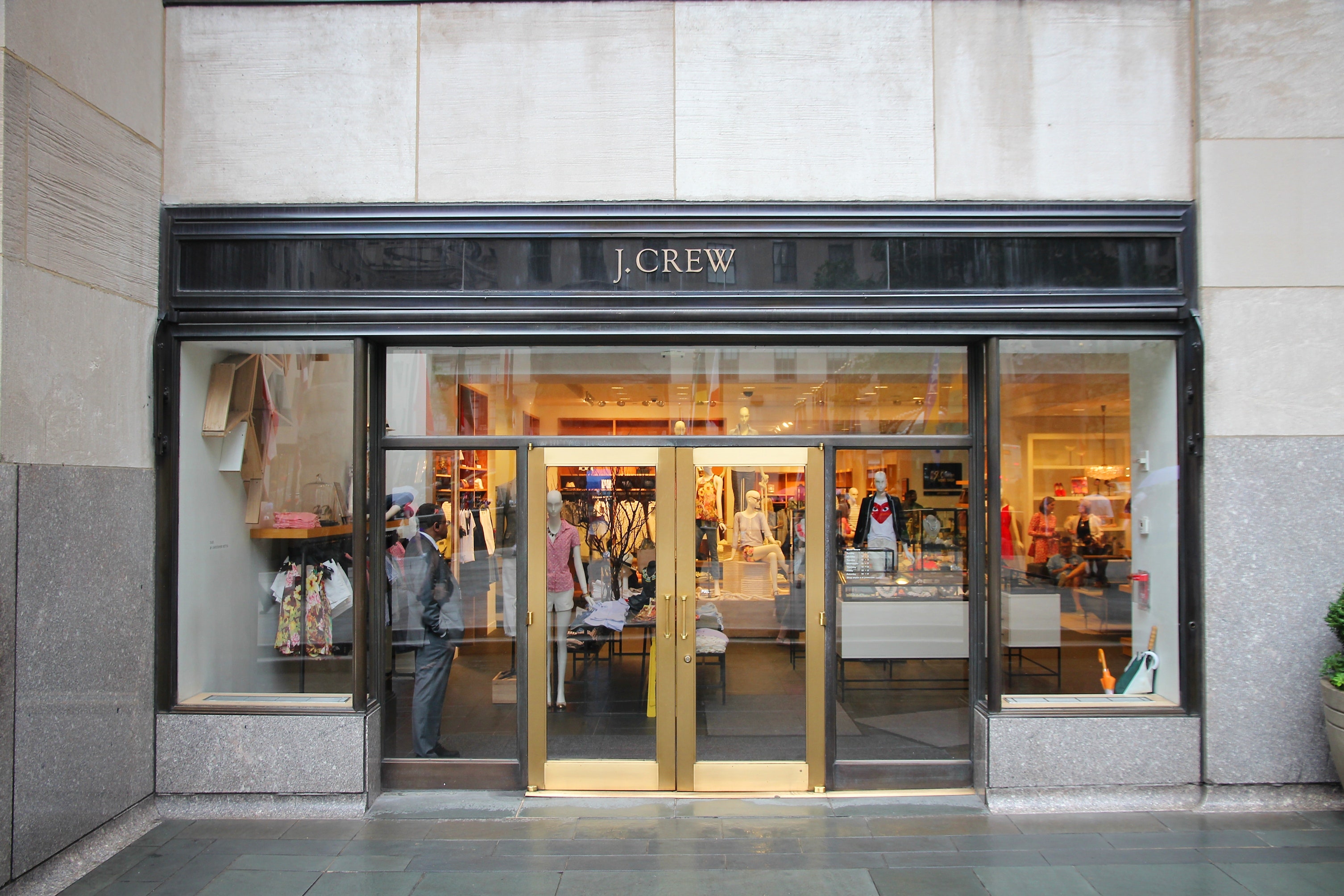