Nurses across the U.S. are struggling to keep up with those sickened by the novel coronavirus outbreak. As of Monday, there are more than 560,000 confirmed COVID-19 cases, with more than 22,000 deaths, according to Johns Hopkins. And while there are signs that the spread of the disease may be slowing after weeks of drastic social-distancing measures, the sheer number of cases is overwhelming the intensive care units (ICUs) of many hospitals. In Atlanta, as early as March, the mayor announced that ICU beds were “at full capacity.” In Massachusetts, ICU nurses posted a video to Instagram begging people to stay home, because they’re running out of supplies. In Michigan, where Detroit is a burgeoning hotspot, one nurse took to social media to warn, “We are completely our of resources,” and another added, “We all know this is only the beginning,”

New York City, where nearly 7,000 people have died from complications related to COVID-19, remains the biggest hotspot in the U.S., and nurses there are still under-equipped, facing shortages of life-saving ventilators and personal protective equipment (PPE) like N95 respirator masks. At the Brooklyn Veterans Hospital, the shortages of both equipment and staff drove nurses to stage a protest between shifts demanding that the Department of Veterans Affairs give them aid. Since then, more gear has arrived, but Maria Lobifaro, an ICU nurse of ten years and a union member with National Nurses United, says the situation isn’t sustainable and nurses are being pushed to the breaking point. On Saturday, after getting off a late-night 13-hour shift, she spoke to GQ about what it’s like working in one of the worst-hit regions of the country.

GQ: What have your days been like since the outbreak hit New York?

Maria Lobifaro: My days are pretty anxiety-filled, especially in the two hours before arriving. This is always a profession that will rush you a lot. But especially now I feel like every nurse that I talk to says they have a lot of anxiety: “What am I going to walk into? Am I gonna have enough staff, am I gonna have enough supplies?” Since this started about a month ago, 90 percent of the shifts are just complete chaos. Just so many things to be done and the patients are just so, so very sick. Some patients are in medical comas, and ordinarily we’d take the time to talk them, because you never know if they can hear you or not. Now all you can do is focus on the next five minutes. Those five minutes pass, focus on the next, because there’s no way you can think ahead and say, “At 2 o’clock I’m having a lunch.” Some days, you don’t eat because you don’t have the time. The days are very, very, very by-the-moment.

How often are you making it to work and either you aren’t fully staffed or don’t have all the supplies that you need?

Every shift. I think I worked one shift since this started where the night was, I would say, “manageable.” Prior to COVID, the facility already was running on really limited staffing and a lot of vacancies had not been filled, which goes back to attempts to privatize the VA. Now we got ourselves into this situation where the hospital overnight basically tripled its capacity of patients, and for the nursing staff, the load is unbearable. Nurses from departments that aren’t seeing patients now, like the operating room and the physicians offices, are being moved to intensive care if they have any sort of ICU experience, even if it was ten years ago. Many staff members are either not trained yet or not ready to come on the shift, so the existing shift is still working short. The hospital is just sending these nurses, and, on paper, there are bodies there, but there may be only five nurses able to take care of the patients. They’re using the other nurses just as an extra set of hands, but that’s only helpful up to a point—it’s like I come into your house and you tell me, “Get the coffee pot,” but I have no idea where you keep it. 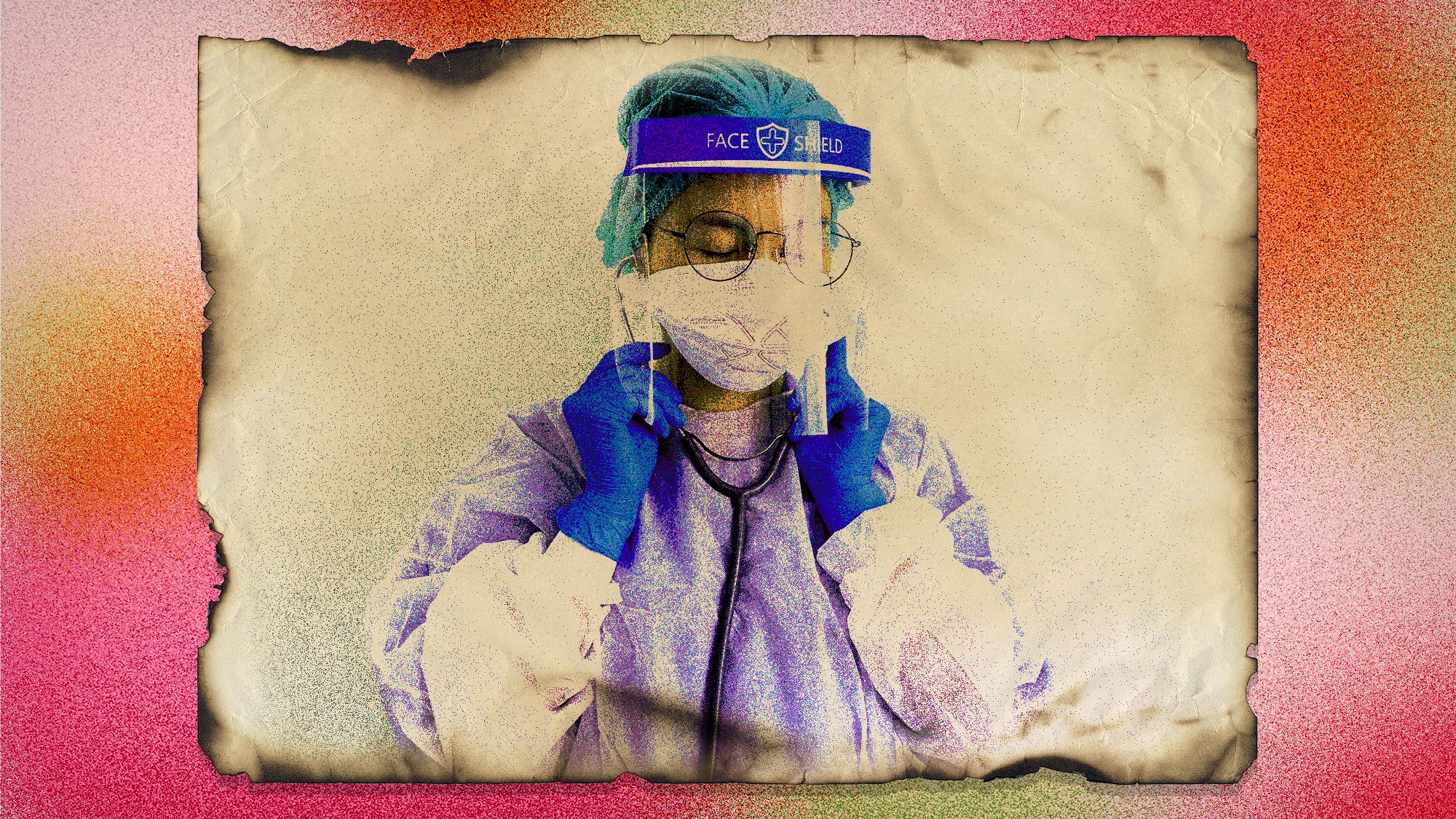